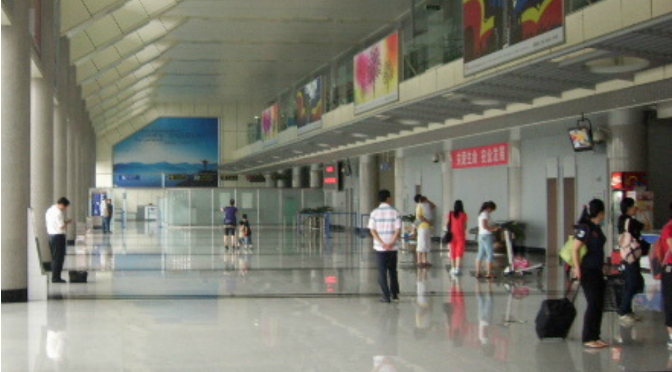 We Need You in China

Is China becoming a core competence in your industry/company/career?

As foreign companies become more deeply involved in China, they need more of their personnel to know how to be effective there.

We Need You In China.

Government citations are issued.  A warehouse is closed.  Supply chains are disrupted.  Stock prices plummet.  Reputations are tarnished.  Then the boss knocks on your door.  “We need you in China.”

That’s what happened this summer when an American company made a big mistake in China that forced it to change how it manages there.  This case, which received a fair amount of media attention, is also an example of how, as foreign companies deepen their involvement in China, they tend to need more of their personnel to be engaged and effective in China which is a major reason why competence in China is an increasingly valuable skill.

This example involved a large American food distributor whose Shanghai distribution center was closed by the Chinese government because it had shipped expired meat.  The company is a leading supplier to both Kentucky Fried Chicken and McDonald’s so the pain spread to those companies as well.  The allegation was that managers at the American company’s Shanghai facility had falsified labels and shipped meat that was beyond its expiration.

More personnel from home office will engage with their China operation

The reaction of the American company was telling.  First, it did not deny the allegation.  Secondly, senior management stated that it had managed its China operation independently.  No Americans worked in China and there was no functional reporting with the US.  In other words, except for the senior person, no one in China reported to anyone in the US.  To address the problem and ensure it would not happen again, senior management said it would radically alter its management approach.  Specifically, it would send personnel from the home office to China to work and would give home office personnel responsibility for overseeing their functional area in China.  Hence the knock on the door from the boss.  No doubt many people in that company received that “We need you in China” message.

Organizational Engagement is critical to success

A lesson that shouldn’t be learned the hard way

This case was particularly interesting to me because my book, The China Learning Curve: Critical Differences, includes a chapter called “Organizational Engagement” which advises that getting as many foreigners involved in China as possible and integrating the China operation with the rest of the company is the best way to shape the corporate culture in China and ensure that China operates the way you want it to operate.  Any other approach invites problems, as this company learned the hard way.

Of course most of your employees in China will be Chinese.  Furthermore, most (and perhaps all) of them will be competent and reliable.  But that isn’t the point.  There are substantial differences between the US (and any developed country) and China—culture, experience levels, business practices, etc.—that can have a huge impact on management.  You simply can’t assume such things will work out in your favor.  You also can’t hold a two-day seminar on “corporate culture” in order to put the potential problems behind you.

Will you be ready to support your organization?

One way or another, a company has to make the effort to install the management system and shape the culture in China.  Hiring the right staff in China is important.  But that generally isn’t enough.  Getting your existing staff involved and making the China operation part of your overall corporate team is the best way to ensure success.

Some industries or professions might never be interested in China (hair stylists and real estate agents come to mind, though large chains in those sectors might venture overseas).  If you’re in one of those industries, you probably aren’t reading this.  For the rest of us, it is not unreasonable to think that the day might come when your organization needs you to support the China effort.  When your boss knocks on your door, will you be ready?