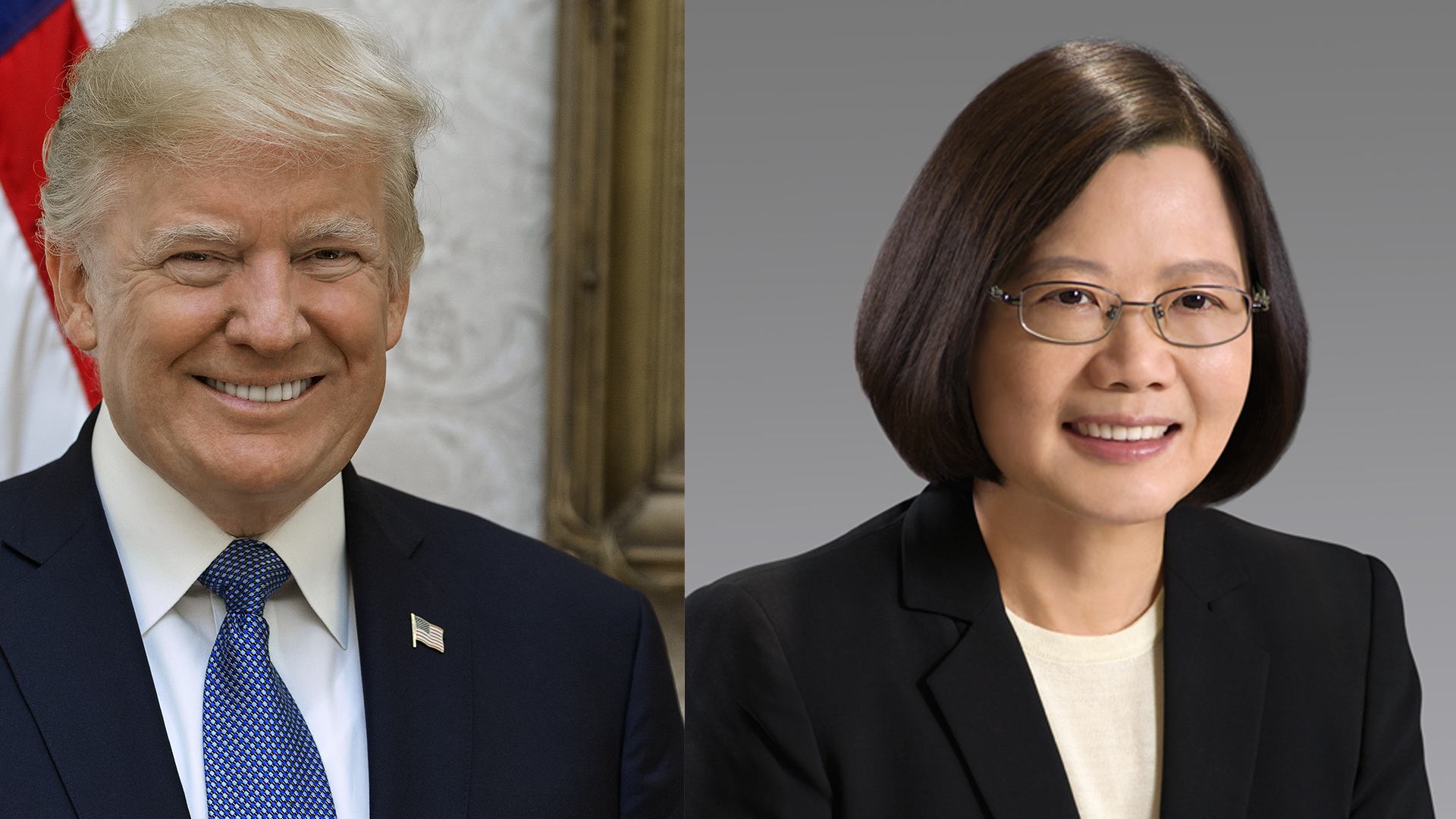 Donald Trump poked China with a stick this week by speaking on the phone with the President of Taiwan, something that hasn’t happened since 1979 when the US formally recognized the Communist government to be the official government of China.  The Chinese were predictably outraged at Trump and pundits across the US predictably suggested that Trump either didn’t know what he was doing, was showing his reckless side, or both.  Was Trump really signaling a dramatic change in US policy relative to a critical China issue?  Or was he merely signaling that his approach to China, like his campaign rhetoric on China, will be starkly different from that of his predecessors?

When Mao Zedong and the Communist Party of China won the Chinese Civil War in 1949, Chiang Kaishek, head of the Nationalist Party of China (KMT), fled to Taiwan along with 2 million KMT loyalists.  Since then both sides have basically operated as separate countries but under a mutually agreed upon fiction—that there is really only one China.  China considers Taiwan’s ongoing acceptance of this principle as a precondition for not using military force to compel Taiwan to reunite with China.  The US, like most foreign countries, has an official policy of recognizing the One China agreement that exists between China and Taiwan.  Practically speaking, this means the US will not support any actions on the part of Taiwan toward independence and will also oppose any effort by China to forcibly retake Taiwan without provocation.

Is a phone call really a big deal?

The One China policy also means that only one government can be recognized as the official government of China and that honor belongs to the Communist government in Mainland China.  To emphasize its position, China insists that other countries adhere to a set of rules relative to how they engage Taiwan, i.e., which Taiwanese officials can be contacted, when Taiwan’s flag can be displayed, etc.  Like many diplomatic protocols, these rules can seem fairly petty.  However, also like many diplomatic protocols, these petty rules are viewed by some people as being symbolically important.

Did Trump take the call by accident?

Trump critics initially suggested that Trump accepted the call without realizing the implications.  Reporting since the call occurred has revealed that the Trump team clearly planned for the call to happen.  (His critics might want to consider not underestimating him all the time.)  China was outraged because China takes the Taiwan situation very seriously, including the protocol surrounding it.  It is not that China thinks a phone call is serious.  It is simply that China takes everything having to do with Taiwan seriously, including diplomatic protocol.

Change our position on One China: High Risk and Low Reward

If Taiwan were to declare independence there is little doubt that China would use whatever means necessary to stop Taiwan, including military invasion.  It is important to note that the Chinese people would support the government in this course of action.  The best hope for Taiwan is to maintain the status quo, continue to grow and develop, and to work toward an acceptable reunification plan in the long run that might include a fair amount of autonomy for Taiwan.

It is very difficult to see another option for Taiwan in the short term and even more difficult to see the benefit to the US of leading Taiwan in that direction.  It just doesn’t make strategic sense for the US to challenge the status quo on Taiwan.  That doesn’t mean the US can’t push to change some of the diplomatic protocols that China insists on applying to Taiwan, like who can speak to Taiwan’s president.  But an actual change in US policy seems highly unlikely.

Memo to China: There’s a new sheriff in town

As opposed to signaling a policy change, a more likely interpretation would be that the Trump team took this step as means to signal to the Chinese that there’s a “new sheriff in town” and that America’s approach to the China will have a markedly different tone than in the past.  A tougher approach to China was certainly a prominent feature of Trump’s campaign and there is no shortage of issues to which a tougher stance against China could be applied, from trade to the South China Sea to cyber espionage.

Sino-American fireworks are just getting started

Donald Trump advertised himself as a shrewd, hard-nosed, highly effective negotiator.  The Chinese certainly see him more as a businessman than anything else which is why, though they must make their public protestations at the phone call, they tend to interpret the phone call more as a negotiating signal than anything else.  Of course, the Chinese consider themselves to be pretty good negotiators as well.  So although a massive rift between the US and China over the One China policy is unlikely, it is a safe bet that, when it comes to Sino-American relations in the Trump era, the fireworks are only just beginning.

US out of TPP: Is that good for China?