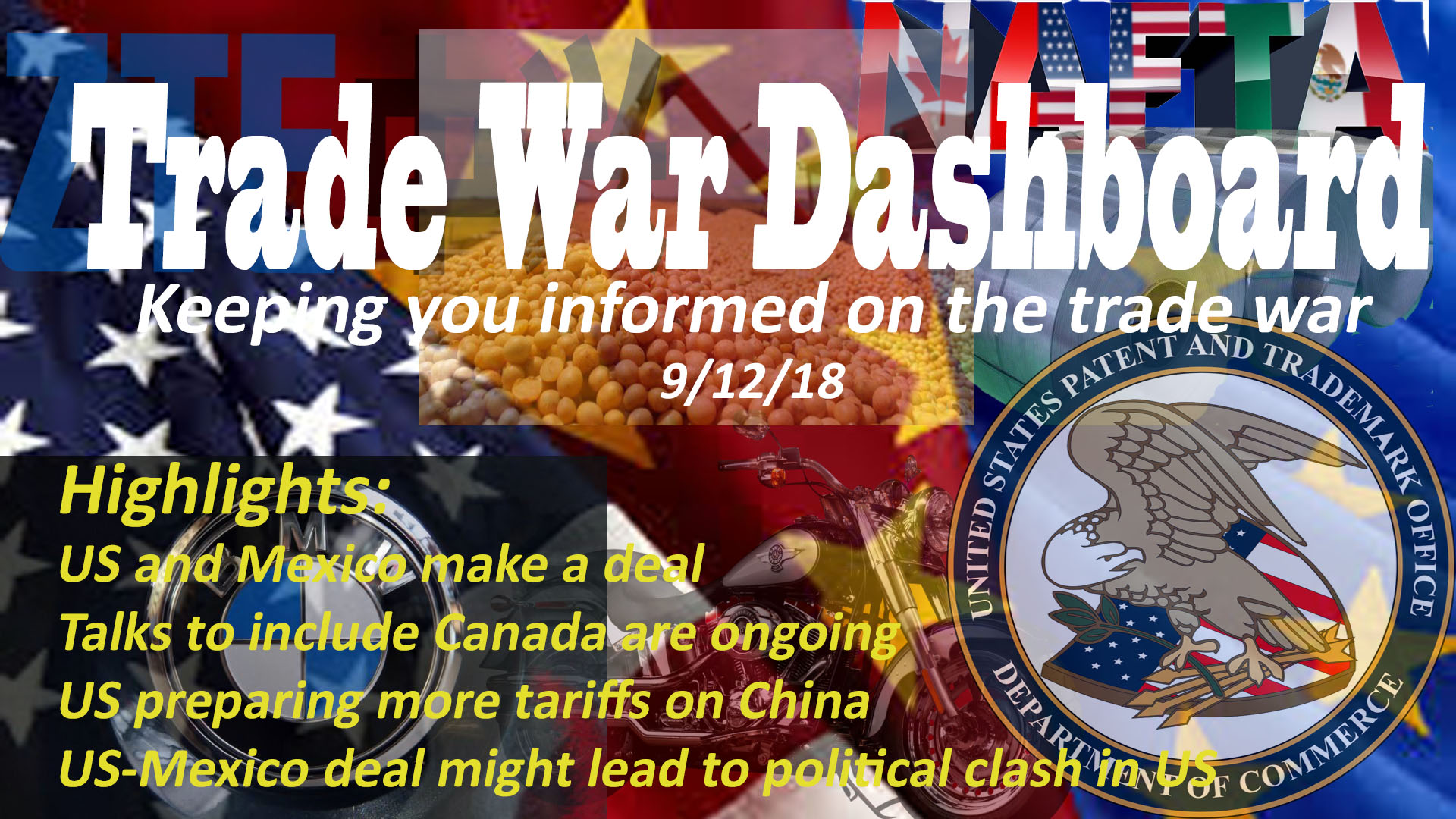 Commentary:  Why the US-Mexico Deal Could be a Big Deal

The US-Mexico trade deal virtually assures that it will become more expensive to make cars in Mexico, which raises the possibility that some auto manufacturing will leave Mexico.  But those jobs won’t necessarily return to the US, unless the US makes it equally expensive to make cars in other countries.  This is why the Mexico deal might just be the first step toward a broad tariff on autos, which could have a huge impact on the US economy.

What the U.S.-Mexico Trade Pact Says

Trying to get Canada Onboard

Canada will likely not have a problem accepting provisions related to local content and labor for autos.  Agriculture, particularly dairy, could be a sticking point.

Canada and U.S. Meet as Trump Moves Ahead With Mexico Trade Deal

Talks with China have yet to yield tangible progress.  Trump administration seems determined to implement additional tariffs, perhaps as early as the 9/6/18, although the actual timing is uncertain.

Trump’s reported plans for tariffs on $200 billion in China goods, Apple and other stocks at risk

Trump reportedly wants to hit China with tariffs on $200 billion worth of goods, which would be a massive escalation of the trade war

After specific efforts, discussions, or investigations relative to steel, autos, Canada, Mexico, the EU, and China, Donald Trump indicates the next area of focus for his trade initiative might be Japan.

Potential for political confrontation in the US

Whether Canada is included or not is just one item that could be a sticking point in terms of congressional approval.  Actual consideration by congress might have to wait until after the mid-term elections.

Trump warns Congress on new NAFTA, tells Canada it could be ‘out’ in a new trade deal

Why the US-Mexico Deal Could be a Big Deal