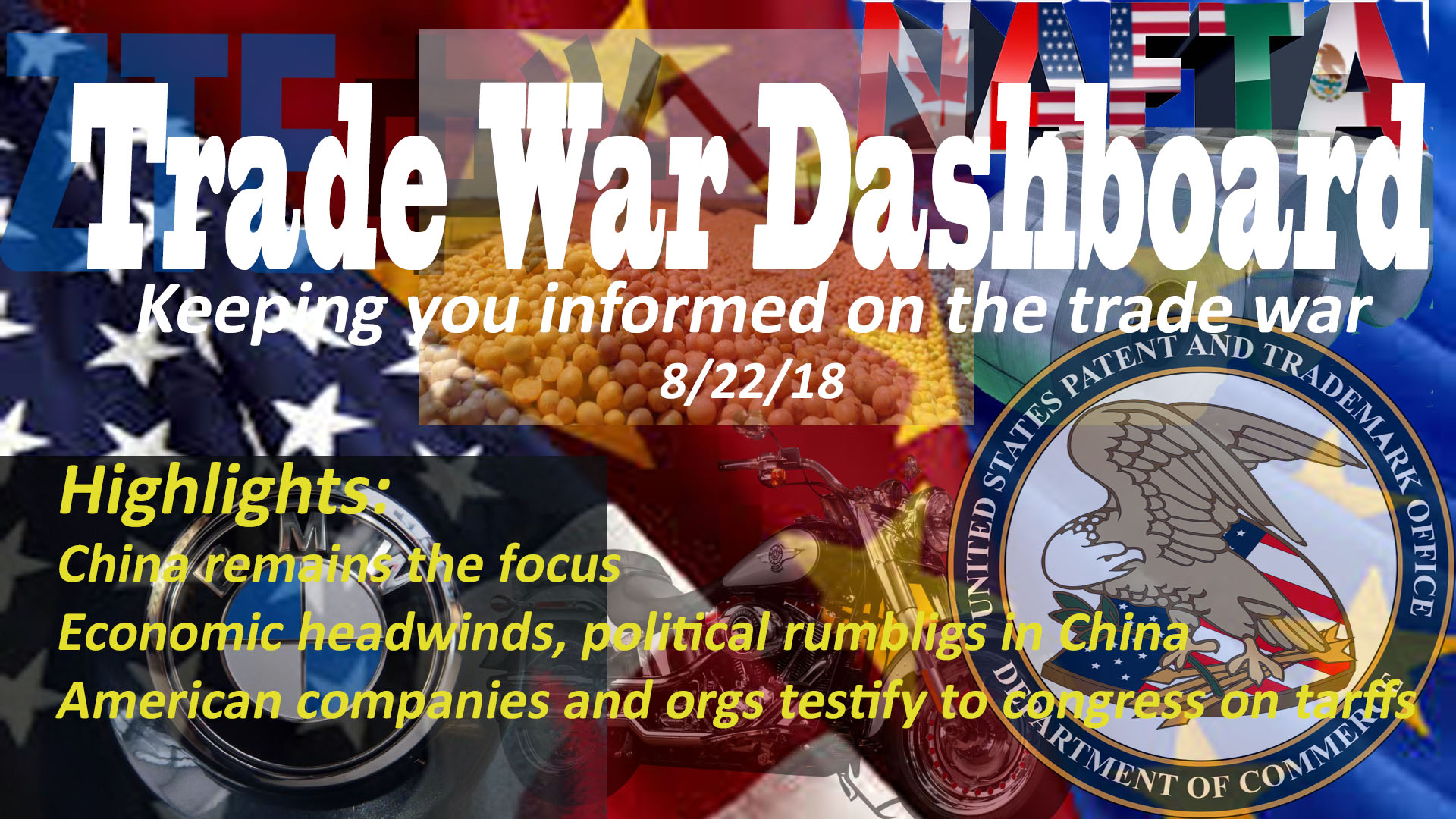 For now it seems everything else is on the backburner and China is in the cross hairs.  As we’ve mentioned before, many thought this should have been the approach from the beginning.  Given that the focus has shifted to China almost exclusively, it is interesting that we are beginning to see both economic and political pressures building in China.  Not that China is about to cave to US demands.  China’s position is far from that weak.  But China’s economic policies of the past decade might finally be catching up to China, at just the wrong time for them.  More in our blog this week:

The main theme of the trade war continues to be a focus on China, with NAFTA, the EU and other issues, while not off the table, taking a back seat for now. Not that an agreement with China is likely in the near term, so other issues could eventually heat up again.

U.S. Moves Toward New Tariffs on China Despite Fresh Round of Trade Talks

Trump Says He Is in ‘No Rush’ to Renegotiate Nafta

Trump doesn’t expect much from China trade talks this week

Last update we mentioned that weakness in the Chinese economy could play a role in the trade conflict.  More bad news relative to consumer spending doesn’t help China’s position.  Now there are starting to be signs of political discontent, which, while muted in China, could play a role over time.

A century on, China still lacks the drive for scientific truth, editor says

It’s becoming impossible to import US lobster in China

Middle East LPG cargoes amid trade war with US

Business Beg for Tariff Relief as Trade War Rolls On

Is China the Big, Bad Wolf of the Steel Industry, Part 2