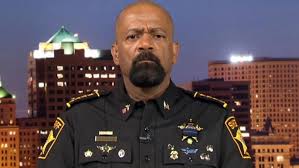 From Milwaukee to Iraq: Culture Counts

When Sheriff David Clarke of Milwaukee County said that absentee fathers, gangs, questionable lifestyle behaviors, and related pathologies are at the root of the recent rioting in Milwaukee, he was simply saying that culture is a critical, if not THE critical, driver of human events.  This is true, not only in America but in Iraq and Afghanistan and all points in between.  Unfortunately it appears this is a lesson we will have to learn the hard way.

The underclass is the result of cultural collapse

In America we somehow convinced ourselves that the institutions of marriage and family were less important than sexual freedom.  The result has been to create a society in which, for those who do not graduate from college, the majority of children (48% for whites, 70% for blacks) are born to unmarried mothers and raised in households with no fraternal presence.  As Sheriff Clarke pointed out, this has resulted in a dramatic spike in pathological, anti-social behavior, destructive behavior that stretches from education to drug use to crime and violence in a never-ending cycle of despair.  We talk about all kinds of ways to help people stuck in this pattern, from food stamps and welfare to health care and gun laws.  We don’t talk enough about how to replace the cultural foundation that has been ripped away from these unfortunate Americans.

Culture is the reason democracy failed in Iraq and Afghanistan

In America we enacted welfare policies without considering the relevant cultural factors and now we are paying the price.  We made a similar mistake in Iraq and Afghanistan.  After toppling the hostile regimes in those countries, we tried to impose a political system, democracy, without considering the cultural factors.  Both of those countries had no real experience with democracy.  As is the case with all less developed countries, authoritarian leadership was a cultural norm, the people were in no way accustomed to demanding a voice in public affairs, and, most importantly, the rule of law was extremely weak.  Corruption is common and the only rule that is universally employed is that “might makes right.”  It is also crucial to note that, as is also common in less developed countries, the populace was not well educated at all, a prerequisite for effective democracy.    Just like young men from fatherless homes in impoverished circumstances and with no education are more likely to be drawn to gangs, uneducated people with no democratic experience in a “might makes right” environment are more likely to be drawn into factional, sectarian conflict.  Just like welfare payments don’t end the cycle of violence in the American ghetto, elections won’t end the sectarian conflicts in places like Iraq and Afghanistan.  Our adventures in nation-building failed.  If we had taken a different approach, perhaps focusing less on elections and more on a political solution that accommodated the cultural reality in these countries, we would have likely had a better, more stable result.

China taught me the importance of culture

My perspective on the issue of culture comes largely from ten years of living, working, and managing businesses in China, including many spent as the only foreigner in a town of 500,000 Chinese.  Culture is hard to ignore when one is confronted by cultural differences on a daily basis.  China has a hierarchical culture with an authoritarian approach to leadership, a passive approach to following, and weakness in the rule of law.  In other words, the boss has all the power, the people don’t ever question the leader, and might-makes-right is the only law of the land.  This isn’t just true of the government.  This is how companies and families and all other parts of society are organized.  Furthermore, this cultural pattern does not only apply to China but to all less developed countries.  It should also be said that this set of values and behaviors is hardly conducive to productive economic behavior and even less conducive to democracy.

Economic development will change China’s culture and lead to democracy

Fortunately, cultures can change and China’s is changing.  As China gradually liberalizes its economy, social mobility is replacing rigid social hierarchy, people are learning to take control of their lives, and the free market is rewarding both balanced leadership and honesty.  It takes time, but the economic growth driving China’s cultural transition will eventually lead to democracy.  That’s what happened in Taiwan and South Korea.  On the other hand, India’s inability to ignite economic growth has had the result of making India a very “ineffective” democracy for 70 years, with endemic corruption and perpetual weakness in the rule of law.

Economics is key to shaping culture

Democracy in Iraq, Afghanistan, China, India and other developing countries and the underclass in America both show the importance of culture, specifically that policies and institutions that fail to account for culture won’t work.  They also both reflect another critical point—the importance of economic activity in shaping culture.  Economic development drives the cultural change that leads to democracy in developing countries.  Likewise, welfare, by disconnecting fathers from the economic well-being of the family, led to disastrous cultural consequences for the underclass.

We ignore culture at our own peril

Culture is ubiquitous and its impact is most often decisive as relates to any issue.  Above we discussed democracy around the world and violence and the underclass in America.  Radical Islamic terrorism and the migrant issue in Europe and elsewhere are two other (related) issues for which culture plays a huge role.  Yet, culture is hardly ever mentioned when discussing these issues.  As I have so often counseled clients as they do business in China and around the world, we ignore culture at our own peril.  You may have noticed that the world has no shortage of problems.  We have many policies and plans that don’t seem to be working.  Culture might not be the reason for all the world’s problems.  But if you take a close look you’ll find that culture is at the heart of most of our problems and many of our failed policies and plans.