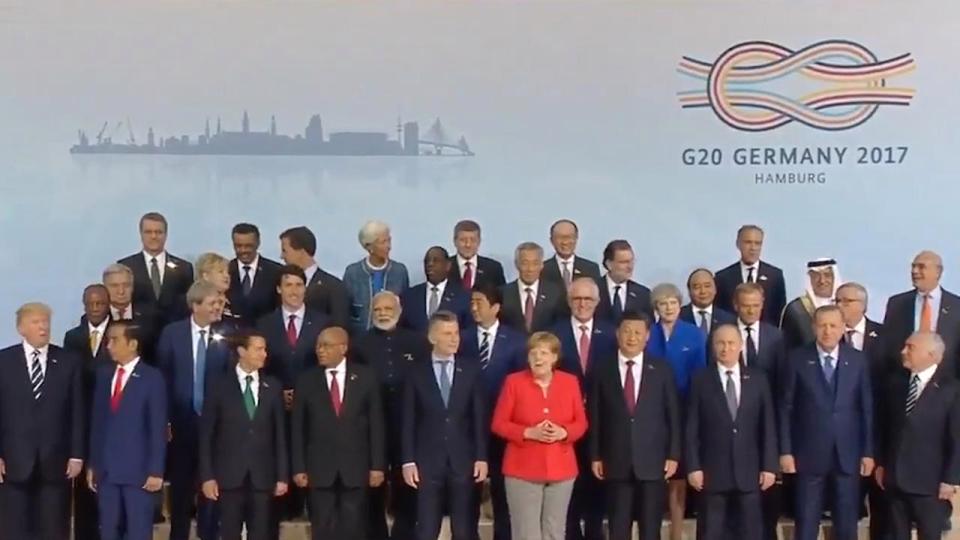 America’s most protectionist president in recent history might just become the best thing to happen to free trade in decades.

Days before the start of the G20 Meeting in Hamburg, Japan and the EU announced a preliminary agreement toward a far-reaching trade accord, not unlike the Trans-Pacific Partnership which Trump pulled out of.  The timing of Japan and the EU’s agreement, right before the G20 meeting, was widely viewed as sending a signal to the US that other major economies would not give up on free trade.  Then, at the G20 meeting, while Trump stuck to his guns on trade, it was reported that the other 19 nations flew the flag of free trade and insisted they would not bow to US pressure.

Although this is rarely done these days, try to consider these events without focusing on Donald Trump.  Consider the historical significance.  For 50 years, America has carried the free trade banner.  America opened its markets first and then encouraged others to join.  Europe, broken into too many smaller countries, found it very difficult to overcome local political issues.  Japan, having relied so much on exports to rebuild after WWII, thought two way trade would hurt them.  Both, over time, reluctantly followed America’s lead, as did, to a certain degree, many other countries. Now, America has done such a great job selling free trade, those same countries refuse to veer from the course America set for them all these years.

Reaction depends on view of Trump

How you interpret this turn of events, and what happens next, depends on your perspective relative to free trade and Donald Trump.  Trump’s core supporters, the ones who agree with his protectionist rhetoric, are proud of their president for standing up to the rest of the world and they can’t wait for Trump to follow up on his harsh rhetoric and give the EU, Japan and China what they deserve.  If that does happen, I believe those Trump supporters will be terribly disappointed when jobs don’t come flooding back to the US.

For the Trump haters (not exactly a small group), they love that Trump has been rebuked and rejected across the globe.  They expect Trump will continue to be a policy outcast and, while I won’t claim they are looking forward to an actual trade war, they are excited that Trump might get blamed for starting one.

For those who are less fixated on Trump and not hostile to free trade, I would suggest a possible alternative future scenario.  What if Trump’s rhetoric, as some have suggested, is mostly just part of a broad negotiating strategy?  What if Trump is serious when he says he supports free trade but that he just wants it to be fairer trade?  While the economies of the EU and Japan are already relatively open, there are still some trouble spots, including agriculture and autos.  While punishing China’s export success would only raise our prices, it is also very true that China has not done nearly enough over the last ten years to open its own markets.

What if Donald Trump has so thoroughly convinced everyone that he is ready to start a trade war that he actually achieves the one objective that would be good for everyone—lower trade barriers among all of the world’s major economies?

Trump can be practical when he has to be

Sure, Trump withdrew from the TPP.  But that deal wasn’t done yet.  He said he would walk away from NAFTA, then agreed to discuss a restructuring of the agreement.  He said he would immediately label China a currency manipulator, then didn’t, mostly because China hasn’t been lowering their currency for many years.  While it’s difficult for some people to hear, when it comes to actual policy decisions Trump is more practical than confrontational.  If he combines that practicality with those famous Art of the Deal negotiating skills, he could do more to lower trade barriers than anyone could have possibly expected.

If you’re old enough, or you’ve studied your history, you might recall that Richard Nixon, being a famous anti-communist hawk, was said to be the perfect president to re-open relations with China.  Only Nixon could do that and not be considered a commie sympathizer.  Could Trump succeed along similar lines—building the best protectionist credentials ever, only to use them to open markets around the world?  Maybe I’m a free trade dreamer, but I think it’s possible.  Not only that, I think it’s a much more likely result than an actual trade war.