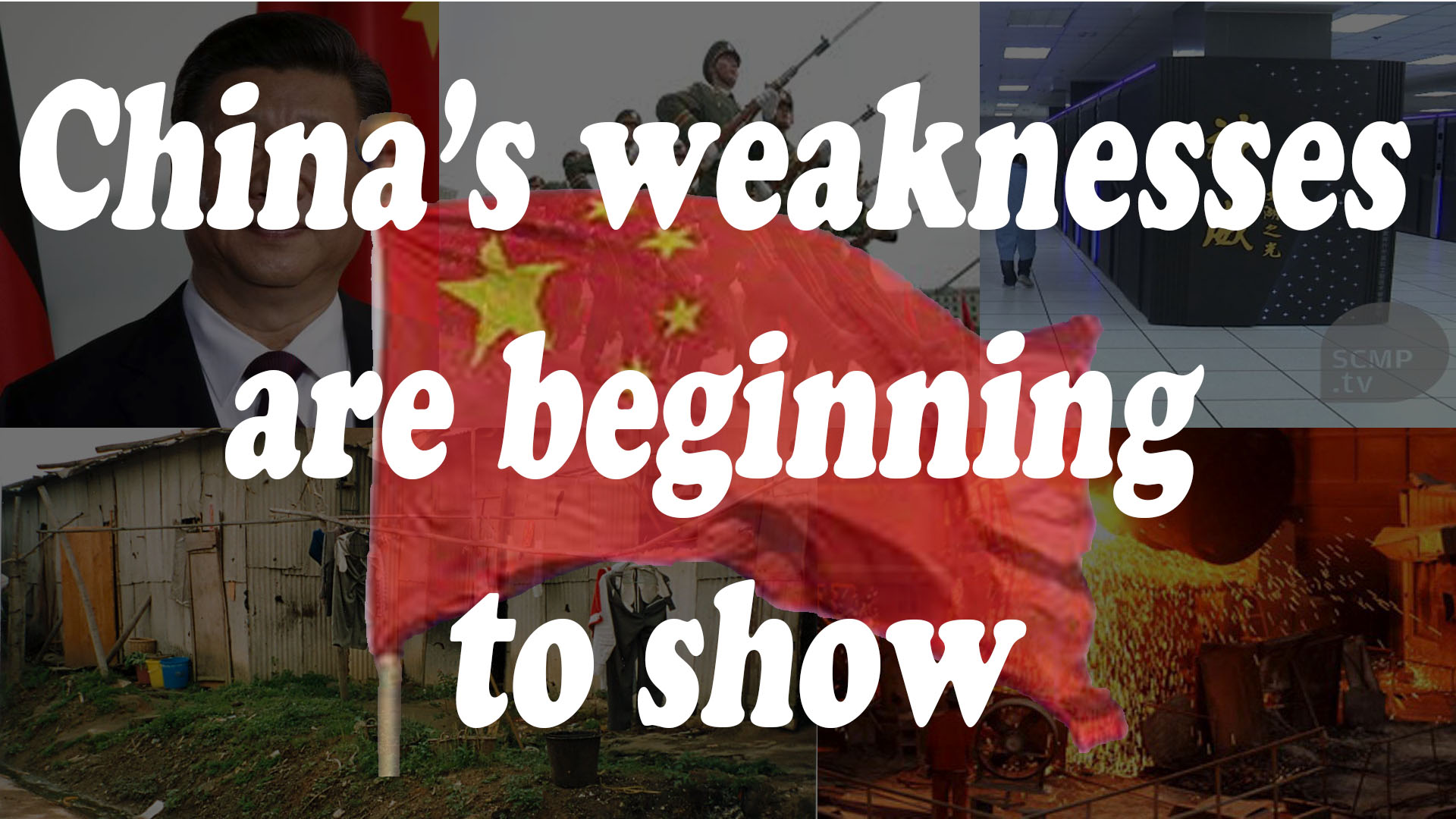 If Chinese President Xi Jinping has near absolute power in China, enough power to endure the pressure of any trade war, why has he been so desperate to maintain growth and employment that he has overseen an almost unprecedented debt binge in China, taking debt to GDP from roughly 150% five years ago to well over 250% now, building way too many ghost cities and steel plants, and straining China’s balance sheet in a way that imperils long term growth?

Economic slowdown is weighing on China

It would be a mistake to say the US has a decisive advantage over China in the trade war.  It is also a mistake to assert, as some do, that China’s economic momentum and political cohesiveness (largely imposed from above), means China has the decisive advantage.  Thus, while it is difficult to say either side has an overwhelming advantage, it is possible that ongoing developments in the Chinese economy, and the political fallout, could tip the scales in the trade war.

Too much debt is dragging on investment and industry

While there is reason to be skeptical of some of China’s economic data, there is general agreement on some broad patterns, foremost among them China’s rapid accumulation of debt, which even the Chinese government confirms is a problem that must be addressed.  The signs that debt is weighing on growth are getting stronger.  Growth in fixed asset investment, which has in the past averaged double digits, slowed to 5.5% in the first half of this year.

Now retail and consumer are slowing as well

As China has tried to control debt by pouring less money into real estate, steel plants, and other fixed asset investment, it has relied on the consumer to maintain growth.  Now that approach might be running out of steam.  Over the last few years household debt has been growing at 20% per year while disposable income is only rising 9% per year, dropping down to 6.6% for the first half of 2018.  Overall retail sales growth hit a fifteen year low of 8.5% in May, and urban consumer spending growth fell to 4.7% in Q2 of 2018, down from its average a few years ago of 7+%.  While most economies would be thrilled to have these statistics, it is the trend that is critical.  For the past decade China has chosen debt over liberalization for growth.  It increasingly looks like that strategy has run its course.

The impact extends to a stock market that is down 15% over the year and a currency that has fallen by 9% since mid-April.  Some might think a falling currency is good for China as it can boost exports.  But that is a narrow view.  Most of the past few years China has been supporting its currency because a falling currency spurs capital flight which is the biggest risk to China’s economy.  The Chinese can’t vote for their government, but capital is the equivalent of an economic vote, and if enough Chinese and foreigners vote with their money, China could be forced to find a fast solution to the trade tensions.  (China might try to use tight capital controls, but even those can’t stem the tide completely.)

There has even been political fallout

The impact is also, surprisingly, spilling into the political arena.  At one of China’s leading universities, an economist has been denounced by his colleagues for exaggerating China’s progress.  The critics contend that overstating China’s accomplishments has generated more fear than respect overseas and contributed to the current tensions.  Since trumpeting China’s success is a pillar of President Xi’s leadership, this is interpreted as criticism that reaches beyond a single university.  Also recently officials from the Central Bank and Finance Ministry publicly traded barbs over whether the wilting economy is due to bad monetary policy (Central Bank) or fiscal policy (Finance Ministry).  Such public displays of disunity are uncommon in China, particularly under the current administration.

None of the above means you should bet your house that China will capitulate overnight to Donald Trump’s demands.  But it puts the focus on two critical points.  First, the Chinese government might not be elected, but its legitimacy, and societal stability, are largely built on delivering economic growth.  Even a leader as strong and dominant as Xi Jinping has not been willing to turn his back on that.  Secondly, as debt grows and the economy slows, China will likely have to choose between malaise or path that has brought them so far over the last 40 years, more economic liberalization, which is basically what Trump is asking them to do.  .

China can get two birds with one stone

Therein lies the solution to both China’s economic problems and the trade war, two birds China can fell with one stone.  President Xi has long promised to open the economy further, but he has dragged his feet.  While Xi’s political hold is strong, nobody overpowers the market.  We have reason to believe the Xi thinks he needs economic success to support his political aims.  In the end that might be the impetus that leads to an agreement on trade.