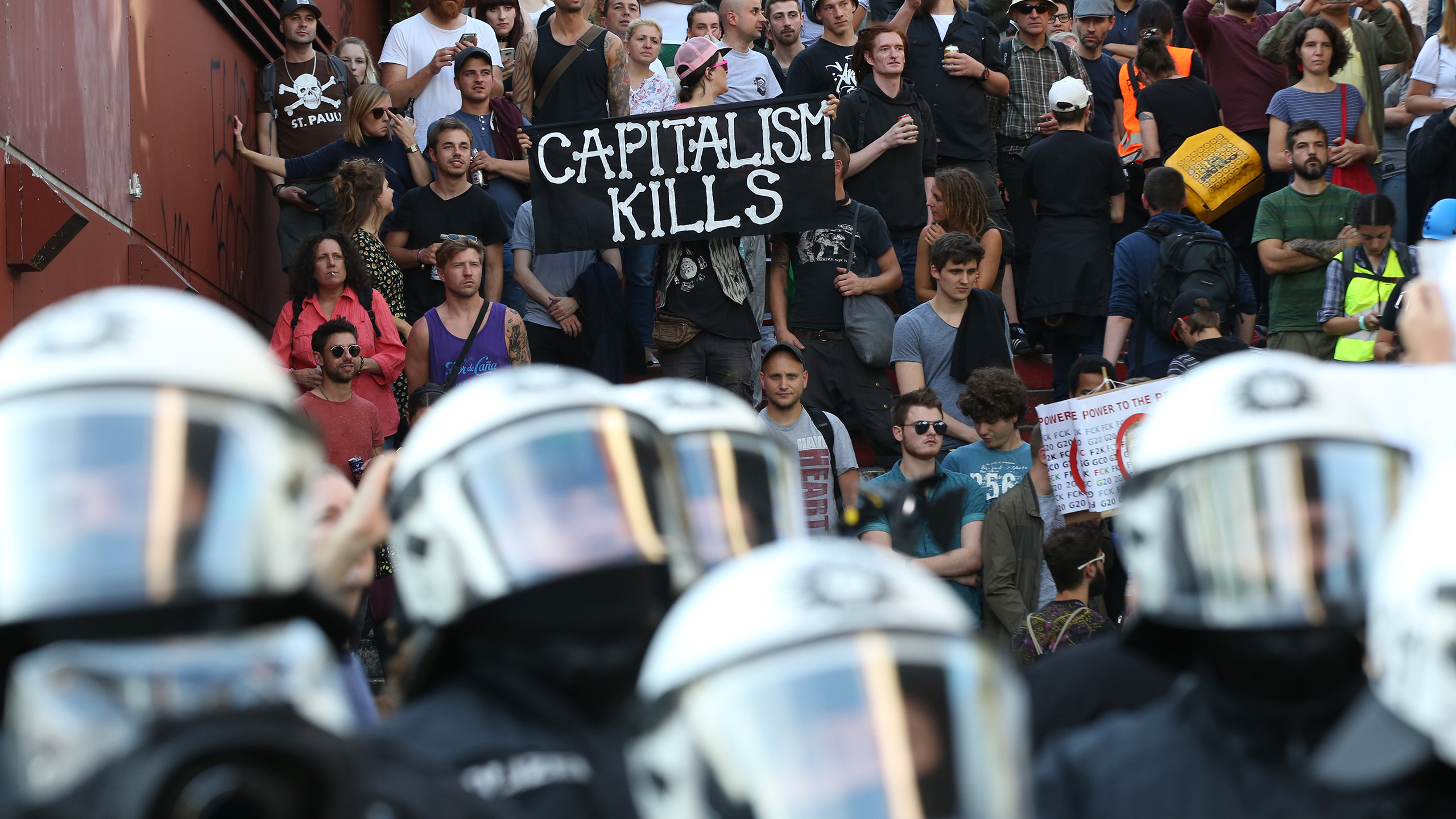 “Capitalism kills” read one of the signs at the protests at the G20 meeting in Hamburg, Germany where a reported 100,000 people took to the streets, cars were burnt, property destroyed, and police assaulted.   From Occupy Wall Street to the protests which now occur at every G20 meeting and even the Bernie Sanders campaign in the US, there is a growing anti-capitalist sentiment in the West as the free market is increasingly blamed for all of modern society’s ills.

Experience in the less developed world will change your perspective

I wish these people could have spent 20 years in China as I have and therefore had the opportunity to learn what I learned first-hand—that the political environment that makes non-violent protests legal, acceptable and even encouraged is in fact dependent on what they are protesting against—capitalism.  To put it another way, as opposed to being a “killer,” capitalism is the gateway to democracy.  No capitalism, no democracy.  No free markets, no free elections.  No property rights, no human rights.  History and research teaches us that this is true, as does direct experience.

Differences between rich and poor countries is huge

My experience in China includes having spent three years as the only foreigner in a remote Chinese town of 500,000 people where my job was to manage the first private enterprise that communist community had ever seen.  The cultural differences were about as subtle as a burning police car in Hamburg.  Chinese leaders rule with an iron fist and power is highly concentrated at the top, not just in government but at work.  Followers do what they’re told and don’t ask questions.  They are not empowered at all.  The rule of law is weak, not just in government but everywhere.

As obvious as this behavior was, it was equally obvious that things were changing in China.  Maybe peasant farmers don’t have to think for themselves and the manager of a t-shirt factory might be able to make every decision in the company down to what paper clips are used.  But as companies grow and become more complex and technology, innovation, creativity and efficiency become more important, companies with bosses who can’t delegate and employees who aren’t empowered just wither and die.  Those that adapt to a more egalitarian culture thrive.  It seemed clear that egalitarianism and empowerment were on the rise in China and that these cultural attributes, among many others, would eventually spill into the political arena.

Democracy is uncommon and difficult

Beyond direct experience, we can look at what history and research shows us.  Of the 7.4 billion people in the world, 1.2 billion live in advanced, prosperous, effectively democratic countries.  The rest, or 85%, live in less developed, poor countries without real democracy.  Plus, Freedom House, the NGO that tracks democracy around the world, tells us that democracy has been in decline around the world for the last ten years.  The point is simple.  If democracy were easy, there’d be more of it.

Our advice to undemocratic countries is always the same–embrace democracy by holding elections immediately.  But from Iraq to Afghanistan and many other countries, this approach never seems to work largely because democracy requires more than just elections.  An example will make this clear.

In India an estimated 1.8 million people (possibly many more) are victims of police torture each year.  Freedom House provides not only that statistic but also characterizes India’s democracy as having “bribery at all levels, including lower level judges and police; security forces implicated in extrajudicial killings, rape, torture, arbitrary detention, kidnappings, and destruction of homes; and security laws, criminal defamation legislation, hate-speech laws, and contempt-of-court charges used to curb critical voices.”  For a “democracy” that’s not very democratic behavior.

Dysfunctional democracy: Elections without the rule of law

India, which has held elections for almost 70 years, is what we could call a “dysfunctional democracy.”  It has elections but not the rule of law, another fundamental requirement of real democracy.  The conditions described in India—unfair, anti-competitive electoral practices, stifling of opposition voices, and corruption—are true of all less developed countries that have elections.

As further evidence, for Transparency International’s Corruption Perception Index, in which a score of 100 means no corruption and zero means total corruption, virtually no advanced country scores below 70 and no poor country scores above 40.  The difference couldn’t be clearer.  Rich countries have the rule of law.  Poor countries don’t.  So even when poor countries have elections, they just turn over the politicians that sit atop the bureaucracy that oppresses the people.  Nothing else really changes.

If elections don’t really bring democracy, what does?  Taiwan, South Korea, Hong Kong, and Singapore provide a clue.  These places all started their development process by pursuing capitalism first, saving political reform for later.  All four saw dramatic decreases in corruption and the ones that have elections now—Taiwan and South Korea—have much better democracies than all the countries who tried elections first.  This is because capitalism and economic growth have a much stronger impact on the rule of law than elections which means that getting the economic side right is more important in the beginning than the political side, which becomes more important down the road.

There’s research that tells us why economic growth comes first and that research points to one main reason—culture.  The World Values Survey (WVS) has been conducting cultural surveys in 150 countries around the world for forty years.  Having created the world’s most extensive set of research data on culture and democracy, WVS scholars have concluded that there is a huge cultural gap between rich and poor countries and that economic development drives the cultural change that leads to democracy, not the other way around.  In other words, capitalism is the gateway to democracy.

Capitalism is not about money.  It’s about empowerment, fairness, and other democratic values

Many people, likely including the Hamburg protestors, think capitalism is only about making money.  That’s a narrow view.  Capitalism is about freedom, opportunity, fairness, accountability, egalitarianism, and empowerment—the same cultural constructs that form the foundation of democracy.  The ultimate result of capitalism is not money and wealth but to change the way people behave and view the world.  These changes lead people to both demand democracy and live it in their daily lives.  Capitalism comes first because we work and go to the market everyday but vote, serve jury duty, and protest only occasionally.  History and research shows that if we don’t live democratically in our economic lives via capitalism, we won’t practice democracy in our political lives.  That’s the impact of culture.

The link between capitalism and democracy is enormously important

How we bring stability and democracy to places like Iraq.  How we evaluate and deal with countries like China and India.  Whether and how we decide to absorb large numbers of migrants from a developing country like Syria.  Our approach to these issues and many others related to emerging markets would likely change if we understood the role of culture and capitalism relative to democracy.  The impact is enormous.

This should give pause to those protestors in Hamburg.  They might want to consider that their opposition to capitalism is tantamount to opposing democracy and human rights.  Is that what they really want to do?