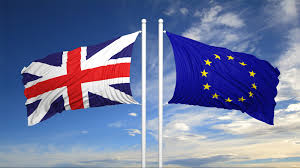 Does the Brexit vote bode well for Donald Trump?  The more I hear from those who say “No” the more I think the answer is definitely “Yes.”   They mention that the Brexit vote was about a concept while Trump has to win as an individual.  That’s true, but I’m not sure Trump’s personality is as big of a turn-off for voters as his critics seem to think.  They say that anti-EU sentiment, in the UK and throughout Europe, has a longer history and runs deeper than America’s anti-establishment movement.  Even if that is true (America’s dissatisfaction with its government has been simmering for decades as well), I’m not sure anti-Trumpers should take much comfort in that.

Resentment toward an unaccountable bureaucracy.  Concerns over runaway debt.  Opposition to an open-border immigration policy.  These aren’t the only issues that drove the Brexit vote but they are 3 of the biggest issues.  While those issues are shaded differently in the UK and the US, they have enough in common to think that, if they can lead to a winning anti-establishment vote in the UK, maybe they can do the same in the US.

Brexit could allow UK to reset its trade policy

That could be good news for Trump supporters.  But for those same Trump supporters who see Brexit as a positive development, I would also suggest they consider another essential element of the events unfolding across the pond—trade and trade agreements.  That area might not seem so promising to those who support the Donald.

Trump has made opposition to free trade a significant part of his campaign.  If there has ever been a country with an opportunity to reset the dial relative to free trade it would be the UK which is now forced to exit the free trade arrangements that are part of the EU.  What are the early indicators relative to this important issue?

Not much anti-trade rhetoric from Brexit

First, we hear very little anti-trade rhetoric from the pro-Brexit crowd in the UK.  To the contrary, everyone seems keen to maintain the trade advantages that came with the EU.  While the EU’s record on economic performance is not terribly strong, one bright spot (unless you oppose free trade) is that the EU did an excellent job of lowering trade barriers among EU members making intra-EU trade almost as easy as trade among the US’s states.  Pro-Brexit-ers want to keep that market access.  As it exits the EU, the UK will also find itself outside of the trade agreements that the EU has around the world.  There is also no rhetoric indicating that the Pro-Brexit-ers want to radically alter those agreements.  Overall it seems their primary interest is to maintain market access, not radically alter access to their market.

On the other side, many in the EU do not seem to be in particularly generous frame of mind relative to trade with the UK.  EU membership comes with both rights and responsibilities.  Some in the EU seem to think that if the UK doesn’t want the responsibilities it shouldn’t have access to the rights.  In this case the specific issue is immigration.  The EU agreements include freedom of movement of both goods and labor.  Some are saying that, to get the former, the UK must agree to the latter.  But of course that would run contrary to one of the main reasons the Brexit vote won—immigration.  The UK might have some hard decisions to make in this regard.  (Fortunately for the US, our trade agreements aren’t linked to immigration policies, so we won’t have to make that choice.)

Switzerland is outside the EU, economically successful, and very free trade oriented

There already exists a model for what a post-Brexit UK should look like—Switzerland.  Switzerland is both the most successful economy in Western Europe and one of the two that aren’t in the EU.  That’s probably not a coincidence.  It is instructive to note that Switzerland is one of the most free-market-oriented economies in the world, according to the Heritage Foundation’s Index of Economic Freedom.  Switzerland not only ranks higher than any EU country in economic freedom, it’s “trade freedom” score is also higher than any EU member state.  So if the UK is looking for a path to economic success outside the EU, the example of Switzerland would seem to indicate that restricting free trade will not help.

Brexit has much in common with Trump, but not trade

Donald Trump’s rhetoric suggests that he would take dramatic action relative to trade and would expect dramatic results.  The leaders of Brexit, a kindred movement across the pond, are doing the opposite.  They are taking a cautious approach to trade because they want to protect the UK’s access to other markets and they need to be wary of countermeasures by the other side.  Trump supporters would do well to keep this in mind.

In the long run the UK might teach us that a different approach to trade works best.  I wouldn’t bet on it.  I would bet that the UK will follow Switzerland’s approach and move toward free trade even as it moves away from the EU.

The Brexit movement raises some important issues.  Those same issues resonate in the US which helps explain Donald Trump’s success as a candidate so far.  But those issues should not be joined by an attack on free trade.  Restricting its markets won’t help the US and isn’t necessary for Donald Trump to achieve his other objectives.