Daniel R. Joseph is a consultant, author, and award-winning filmmaker whose work provides a unique and engaging voice relative to China, emerging markets, the global economy, international business, and world affairs.  His award-winning documentary, which addresses the critical issue of why democracy is so difficult to establish, shows that Dan is a genuine thought leader with a unique perspective.  Part of what differentiates Dan is his ground-level perspective which comes from his hands-on experience working and managing businesses in China where he lived for more than ten years including 3 years he spent as the only foreigner in remote town of 500K Chinese.  Combining big picture concepts with practical experience is what makes Dan such compelling communicator. 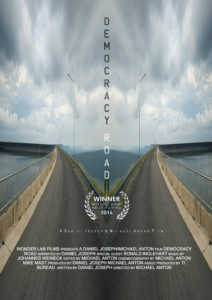 Democracy Road, a short documentary written, narrated and produced by Dan Joseph, has won two prominent film festival awards.  The film explores the reasons why our hopes for the spread of democracy are so frequently dashed, focusing particularly on culture, the rule of law, and the importance of economic development to democratization.  A sub-theme of the book is why China is actually closer to democracy than India. 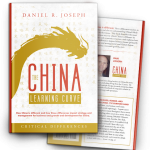 Dan’s recent book, The China Learning Curve: Critical Differences, explains how China is different from America and how those differences should impact policy and business. 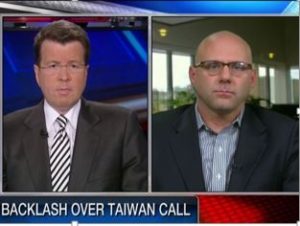 Dan has been interviewed on radio and TV programs across the country and nationally relative to China, the global economy, and foreign affairs.

In addition to the book mentioned above, Dan is also the author of Wen and the Art of Doing Business in China which is about the 3 years Dan spent managing a joint venture as the only foreigner in a town of 500,000 Chinese. The China Learning Curve: Critical Differences explains the crucial ways in which China is different from developed markets and offers best practice suggestions as to how foreigners can adapt to those differences.

Beyond the breadth of his business experience, Dan’s distinguishing attribute is the authenticity and directness of his China experience. Dan spent most of his time in China in 2nd, 3rd, and 4th Tier areas, including spending 3 years as the only foreigner in town of 500K Chinese. Dan has not only worked with foreign companies big ($10+ billion) and small ($10- million) in China, he has also worked with all types of Chinese companies from old-school state-owned enterprises to leading edge companies listed on US stock exchanges.

Dan speaks and reads Mandarin Chinese. He has degrees in International Economics and Finance from Georgetown University’s School of Foreign Service and in Mechanical Engineering from Carnegie Mellon University.