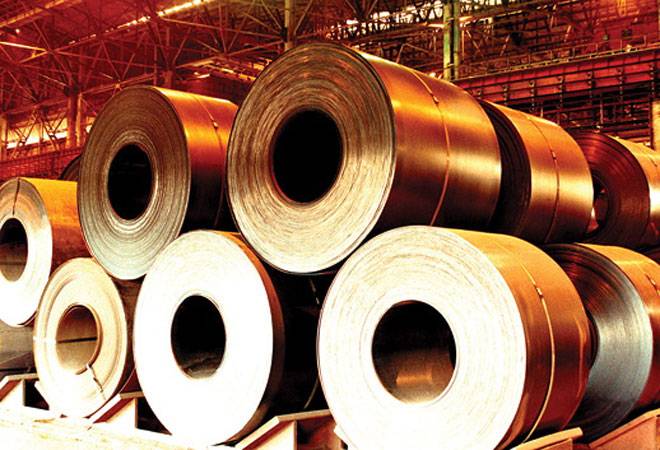 “The Chinese government is a company disguised as a country and they are waging economic war on the United States.”

This statement, by American Iron & Steel Institute Chairman John Ferriola, would certainly make sense to many Donald Trump supporters, many of whom agree with Mr. Trump that China is “raping” the US relative to trade.  The decision last week by the Commerce Department to slap a 522% tariff on imports of Chinese cold-rolled flat steel would certainly lend credence to that point of view.  Before those who would like to see us “fight back” against China get too carried away, perhaps we should put this recent development into perspective.

The new sky-high tariffs apply to roughly $272 million in imported Chinese steel, which amounts to less than 0.1% of our imports from China last year.  As this case illustrates, the US has a very robust and effective means for American companies and industries to seek protection from unfair trade practices.  Yet judgments against China in aggregate have never amounted to more than 3% of our total imports from China, usually much less.  If trade with China is as unfair as some say, wouldn’t the judgments against China amount to a much larger percentage of US imports from China?  It is true that our trade with China is not completely fair.  No doubt some sectors have faced unfair practices and those practices should be addressed.  But most of our trade with China is free and fair and the term “economic war” seems a bit over the top.

China is not the only problem in the steel sector

It should also be mentioned that there is a global glut in steel production and that other countries, including India, Taiwan, South Korea and Japan, have been accused of unfair trade practices either in the US or other parts of the world.  So although China is a big part of this problem, they aren’t alone.

The most interesting aspect of the recent steel case is the comment from the chairman of the American Iron & Steel Institute about China being “a company disguised as a country” and waging “economic war” against the US.  This is a common perception on the part of those who think we are getting a raw deal from China and I would guess many Trump supporters would enthusiastically agree with this assessment.  Yet, the fact is, the actions of China’s steel industry have much more to do with “economic incompetence” than “economic war.”

China is a mixed economy

Thirty-five years ago China began a gradual transition from communism to capitalism.  It is still only about half way there, meaning that China is a mixture of both a free market economy and a state-controlled economy.  Internet services, retail, and industrial components would be examples of fairly free market segments.  Heavy industries like steel and the financial sector (including banks) are examples of sectors that still have heavy state involvement.

One result of this is that provincial and local governments have the ability to finance the construction of steel plants regardless of whether building another steel plant actually makes sense economically.  Local governments love to build steel plants for the same reason governments all over the world love to spend money—because it isn’t their money and it helps support the economy— in the short run.  In the long run, however, this approach is a disaster.  It has led to tremendous overcapacity in China’s steel industry and contributed mightily to China’s soaring debt which has already begun to choke overall economic growth.  As a result of the overcapacity China plans to shutter 100-150 million tons of production over the next five years, which is more than the US’s total production capacity.  Millions of Chinese steel workers will lose their jobs, a fact that government has recognized by announcing that it has allocated billions in dollars of funds to support those displaced workers.

Economic war would not lead to self-inflicted pain

If China was intentionally fighting an economic war, it seems unlikely they would saddle themselves with excess debt, overcapacity, and laid-off steel workers.  Yet that is exactly the problem China has created for itself.  It is true that China has responded by lowering prices in order to support the excess capacity in the short term and that does hurt producers around the world.  It is fair to counter those price adjustments.

A trade war is not the way to solve this problem

But we should be careful not to mischaracterize the origin of this problem.  The use of the term “economic war” suggests very strongly that China is intentionally competing unfairly across the board and that trade with China should be seen as “win-lose” instead of “win-win.”  That simply isn’t true.  China’s actions in the steel sector are hurting China as much as the rest of the world (similar to how America’s overbuilding in the housing sector hurt America and the rest of the world).  We don’t need an all-out trade war to fix this problem.  We need to protect ourselves from dumping in the limited number of cases when it happens.  And we need to continue to urge China to move forward with the liberalization of its economy so they can eliminate the overcapacity problem and stop their economic blunders from hurting their economy and ours.